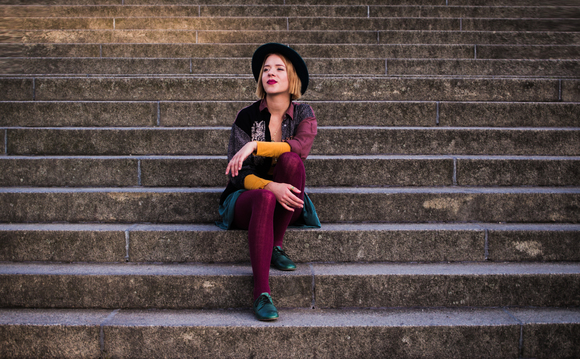 Berlin original Alice Hills’ music was shaped by Berlins streets, squares & subway stations - where she’s been performing since the age of 17.

Her music is a signature folk- songwriter sound laced with Jazz, Blues and Soul influences.

10 years later - which brings us to now- she has toured around Europe and the UK 10 times and around Australia 3 times. From March- April she will embark on her first New Zealand tour before returning to Europe to tour around there this summer, playing at many festivals like the Montreux Jazz festival or the Edinburgh Fringe festival.

Over the years she made quite the name for herself in Berlins musician-scene as a very active street- but also stage-performer and for hosting and organizing a row of successful Open Mic nights and other events. She even played for Angela Merkel in 2015 and at the G20 in Hamburg in 2017.