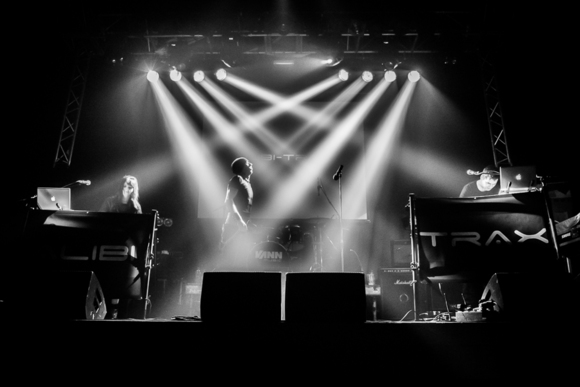 Alibi Trax are an Irish infused electronic group with a difference!

Video link
Be With Me: https://www.youtube.com/watch?v=u1e2BMWPXxc

Alibi Trax songs are inspired by everything that reflects their mood, humour and state of mind.

They have emerged on the scene recently sharing the stage with successful Irish bands such as ‘God Is An Astronaut’ and International artists such as ‘EMF’ and ‘The March Violets’.

Alibi Trax create kicking energetic music meshing rock, pop, indie and dance rhythms all into one foot-stamping sound. They also offer a softer side with their slower paced songs and released their single video ‘Be With Me’ in early 2014.

They recently signed up with AMA Music Agency (Ireland) and released their debut EP - 'Act One' on ITunes, CD Baby and Amazon and have received air play across Ireland.

Alibi Trax have an alternative sound. They cater for all tastes with a dance set for festivals, a laid back set for intimate venues, and anything and everything in-between.