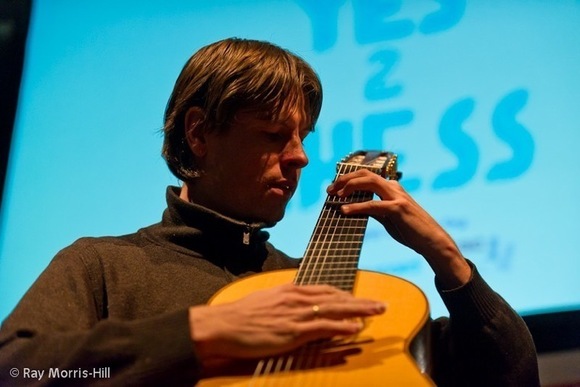 Alf Wilhelm Lundberg is the first jazz guitarist to adopt to the 8-string Brahms guitar played in a cello position.

He is mostly known for his releases with the highly acclaimed norwegian trio Norchestra, but since 2012 he actively toured Europe doing solo concerts on his 8-string Brahms guitar as well. Next year he will release the entire album "Surrounded By the Fortress" as shown in the video (unfortunately the video was stopped in the middle of the performance.) Lundberg's background as a pianist is shown heavily in the way he plays the Brahms guitar, exploiting the increased range of the guitar in both his own compositions as well as when interpretating standards or tunes written by others.