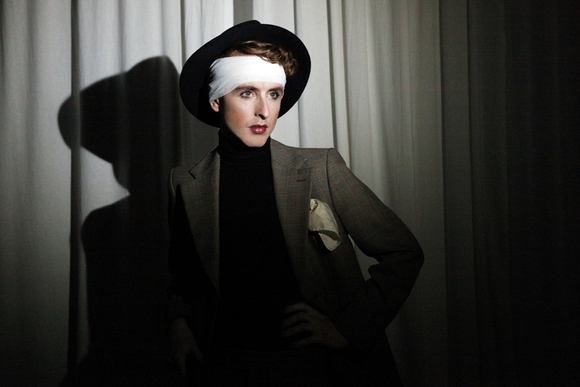 Morose disco-soul; wryly cinematic music for the dance floor and the boudoir.

"Alexander Geist may have been born in England, but that velvety voice is pure Berlin. The singer is a little bit Bowie, a little bit Dietrich, and all class." So wrote 'Electronic Beats' upon hearing our hero's first release "Bad Language", the track the acted as his calling card and made him "a cult hit in much of Europe's underground", as 'Butt' so aptly put it.

Formed in 2010 in Berlin the band is a four-piece, inspired by the late-seventies soundworld of Giorgio Moroder and the dark wit of Morrissey; the fusion is a viciously elegant stick of dynamite. Having performed in settings as diverse as Austrian opera houses and German sex clubs, British festivals and Czech Hotel lobbies, the band can claim to be not only prolific but wildly entertaining.

Following a 2010 streaming-only EP, "Dandylioness" and the aforementioned break-out hit, "Bad Langauge, the band's second single, "A Woman's Right to Choose" helped them cement a reputation in their adopted hometown, with 'ExBerliner' cheekily calling them"Berlin's daring darlings." With a full album in the works and more international dates to be announced, it's clear that soon enough Berlin is going to have to learn to share her favourite child.