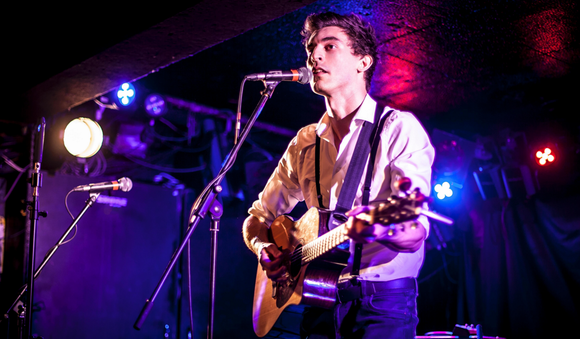 This is an indie-folk project by Dumfries singer-songwriter Alex Maxwell.

The music ranges from upbeat finger picking folk ditties to full on indie-folk-rock-pop songs with hooky vocal lines for singalongs. Alex plays with violinist/vocalist Lissa Robertson for harmonies. Alex has plugged festival slots at Wickerman Festival and Electric Fields, made it to the final of Calmac Culture where he performed at King Tuts, and supported established acts such as Will Varley. With debut EP, The Want Comes in Waves, to be released in April, 2017 looks to be a year of touring to promote the new music. Alex is already scheduled to play Eden Festival and Kelburn Garden Party 2017 after his two EP launch gigs in Edinburgh and Dumfries.