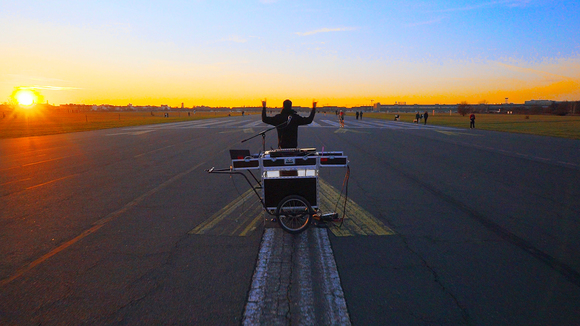 “We have never seen a proposal even remotely similar to that of Ain TheMachine.” DJ Mag Spain "Ain TheMachine is without doubt one of the most unique and creative producers that we have had the pleasure of discovering, with a production arsenal that includes no more than himself, a few random objects and Ableton Live.” Inflyteapp+ Ain TheMachine’s unique vision has caught the attention of the electronic music scene.

You can find him live jamming in one of the most viewed and commented posts on Beatport, on the dancefloors of legendary Berlin Clubs like Sisyphos, Rummels Bucht or having his releases being supported by Purple Disco Machine among other artists.

His journey as a musician, composer and music producer has taken him on to becoming a Latin Grammy nominee. He has toured four continents, played with Prince’s guitarist Miko Weaver, jammed with Bobby McFerrin
and had his productions remixed by Mad Professor (he has remixed tracks by Sade, Beastie Boys, Jamiroquai, Depeche Mode, to name few).

Ain TheMachine is constantly releasing songs on his label Mundo Afora Records, performing live from unexpected places and making fun tutorials where he shares his process of music creation.