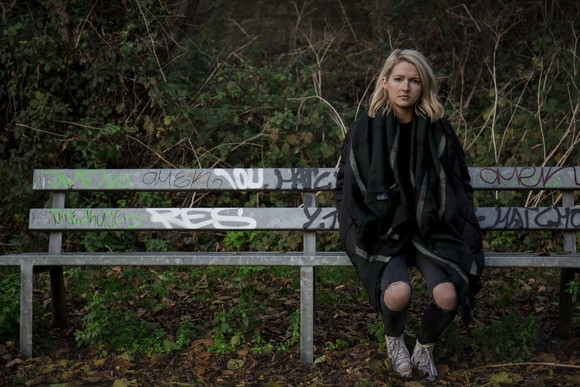 Dublin musician Ailbhe Reddy is a singer-songwriter whose deeply personal heart-on-her-sleeve lyrics and a memorable voice lingers with you long after your first taste.

Fresh from her stunning performance at OTHER VOICES in Dingle, which will be broadcast on TV early next year, Irish singer–songwriter Ailbhe Reddy has just announced headline shows at The Sugar Club in Dublin on 22nd Feb and The Servants Jazz Quarters in London on Feb 15th. After her performance at Other Voices she was selected as the Other Rooms Viewer's Choice!

In 2016 Reddy independently released her hugely successful debut EP 'HOLLOWED OUT SEA'. It has received excellent reviews and extensive radio play on TXFM, Today FM, 98FM and Dublin City FM. Songs from the EP have resulted in over 1 MILLION Spotify streams to date. Ailbhe is tipped for a major international breakthrough in 2017.

The first single, 'DISTRUST' received glowing reviews and lead to Ailbhe being named as Artist of the Week in The Irish Times. Influential UK industry newsletter Record of the Day recently featured the song stating ‘prepare to be floored….it’s wonderful’.