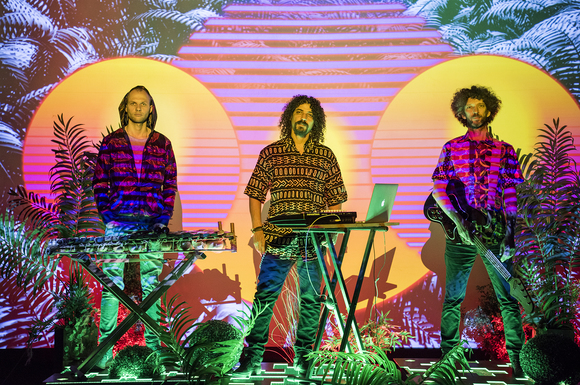 Afrodelic: a new project by guitarist/producer Victor Diawara who is currently adding the finishing touches to debut album “Dusunkun Hakili" (The memory of the heart), due for release in summer 2021.

The collection of songs is a tribute to Diawara’s father: well-known Malian writer and poet Gaoussou Diawara. All songs feature his lyrics/poems.

Afrodelic is an intriguing mix of African music and electronic rhythms. Most of the songs were recorded in Bamako with local musicians/singers. Victor later added electronic sounds and rhythms in his studio.

Born in Lithuania, raised in Mali, Victor lived in Germany before permanently moving to back to Lithuania in 1997. Here, he formed Skamp – a band which became wildly popular in Lithuania at the end of the “noughties”.
A household name in Lithuania, Victor is also a successful producer and runs one of the country’s most important venues – art factory Loftas.