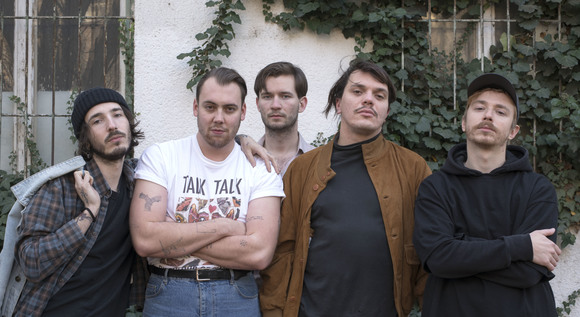 “And 52 Hertz Whale blew everyone else away - it was the most intense, pulsating performance I saw all weekend.

They’ve been on my radar a while, and they’re another band who just seem to keep getting better every time I see them. They have that euphoric, post-rock side, and are super melodic, but they also have a captivating power and when they unleash the madness, it’s truly spectacular.”

”There is something totally compelling about the band whose intensity pins you to the floor and their songs’ melodic touch delivers a real compel-
ling sucker punch.”
John Robb/Louder Than War (UK)

”Too much suffering in those songs.”
Matjaž Manček/MENT Ljubljana

Cai Trefor/gigwise.com (UK)
“...one of the best band’s from central Europe at the minute...“

“...it’s slightly unhinged, quite manic and rowdy yet an emotional experience that one could soon get us as addicted to...“
Keith Goldhanger/Louder Than War (UK)

“The name is fitting as they sound like they know their way round hurt and pain, they have a yearning howl that gives them an air of grittiness, which makes them an exhilarating listen.“
Steven Doherty/ getintothis.co.uk (UK)

“52 Hertz Whale’s performance was my personal highlight - their performance of a song with the longest title in the “Ostrov Hudby” compilation outlined everything that makes your jaw drop and run goosebumps up and down your body. Dominik Prok is slovak Ian Curtis: absolutely raw, har-rowing energy and stage presence, that nobody on slovak music scene possess.“
Patrik Marflák/hudba.sk (SVK)

52 Hertz Whale are Bratislava-based band whose music is hard to pin down to a single genre. It is angry, ferocious and melancholic, crackled through with vigor and impatience.

With two releases under their belt - a 2015 eponymous EP and their first studio album “I’ve met a lot of people” released in 2017 as well as with their 2018 European tour through Germany, Belgium, Poland and Czech Republic, 52 Hertz Whale have gathered following in the underground scene not only in Slovakia, but all around Europe. This is mostly through their live performance which provides almost cathartic experience.

The band have also played several festivals around Europe in recent years, most notably Slovakia’s largest music festival Pohoda, one of the biggest festivals in Czechia Colours of Ostrava, Liverpool Sound City, Czech Republic’s largest club festival Žižkovská noc, Grape Festival and Sharpe festival. All of these have garnered them a great response, especially among attending press, often placing them in the top lists in several media. A perfect example is getintothis - one of Liverpool's major music media ranking the single “Fish In The Dead Sea” as the single of the week right after their performance at 2019 Liverpool Sound City. At the break of 2019/2020, 52 Hertz Whale once again gathered attention of alternative music media, this time not just all around Europe, first, due to their single “Thin Skin” and INES - European network of showcase festivals picking them for their 2020 INES Talent programme, then for their performance at Slovenian showcase event MENT with renowed U.S. magazine Under The Radar including them in their list of bands to watch out for in 2020. In spring 2020 they got signed with Charmworks.

The band are working on a new album, will play selected festivals in 2020 and tour during 2021.