4 Guys From The Future 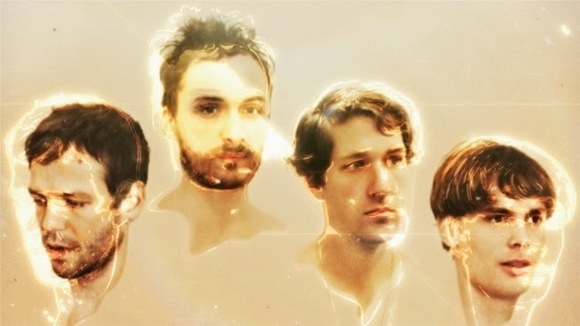 4 Guys From The Future is one of Denmark's most interesting alternative acts.

4 Guys From The Future is a band exploring the emotional chaos of human life through hypnotic beats and oblique lyrics.

4 Guys From The Future are experienced guys who have been lurking around on the Copenhagen music scene for quite some time.

In 2010 we released 4 Guys From The Future’s album Under The New Morning Sun. An album that takes both band and listener on a search for existential foothold through beautiful and catchy songs. Most of the album was composed and recorded in Berlin and the somewhat apocalyptic atmosphere as well as the overwhelming creative output of the city are both very present on the record.

The singles “Life Is Up To You” and “Don’t Help Me Up” paved the way for the band’s international audience, but 4 Guys From The Future are not only about catchy alternative pop. They’re also a band that embraces improvisation and takes the repetitive virtues of Kraut rock into the new millenia.

On second album Adagio (Out Oct. 28, 2013) Bjarke Porsmose has perfected his songwriting and created an extremely ambitous, mature and great sounding work of art that is rooted in the same themes that the gathered around in the first place. The songs are very detailed and was played live before being recorded on a European tour as support for the fellow countrymen and good friends in Choir of Young Believers. Adagio came to life in a close collaboration between Bjarke Porsmose and Mads Brinch Nielsen. Mads behind the mixing desk and as the recording technician - together they produced Bjarke’s songs into the very clear and consise expressions that are to be found on Adagio.