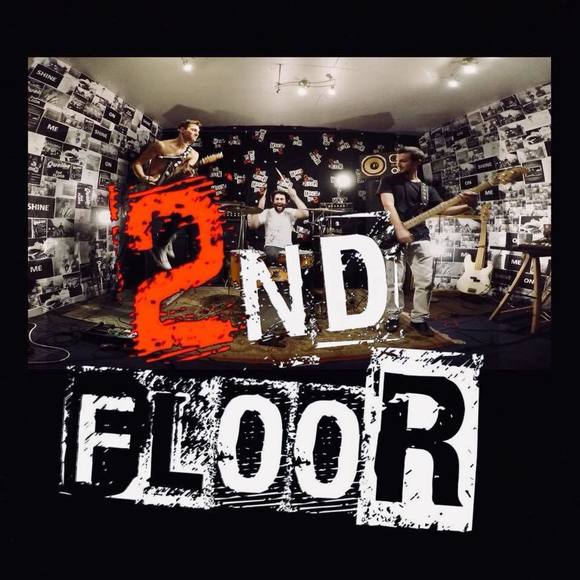 VASCO and LUCAS grew up between melodies and rhythms that both parents created together, they took the first steps on the stage, learned the notes before the letters, the times before the numbers, and soon they turned from spectators into protagonists.

TÉRCIO started on the drums before preschool, armed with wooden spoons and paperboard boxes, progressing to excellence.
​
In 2013 the trio started the project “2ND FLOOR”, in the sequence of jams in a room two levels above the ground. They released themselves with original songs, initially by VASCO and later all the members of the band contributing to the composition.

In 2015 they were presented to the Oporto crowd in places such as “Armazém do Chá” and “Mary Spot Vintage Bar”, integrated the poster of “Festas da Santana de Leça da Palmeira” and also participated in 2 contests in which they took the first places.

In 2016 the power trio integrated the poster of the tribute concert of David Bowie that took place in the “Hard Club”, where they surprised the room full of public, with their energy and irreverence.
​
Beside that, they performed at “O Meu Mercedes…”, “Breyner 85”, among others.
​
Already in February of 2017 2ND FLOOR recorded the debut EP, at “Resident Studios” in London, as a prize for the first place of the contest “Matosinhos Rock Challenge”, marking presence in two more great shows – The first in Bristol ("The Sportsmans Bar") and the second in London ("Acklam Village Market").

Recently, the trio won the first place in “XV Concurso de Bandas de Garagem”, which gave them a place at the opening of the stage of “Queima das Fitas do Porto 2017”, and also presented themselves, in august, to a large audience at the famous and legendary “Casa da Música”.

They play a punk rock with declines of pop-punk, a flavor of groove rock and hard rock.