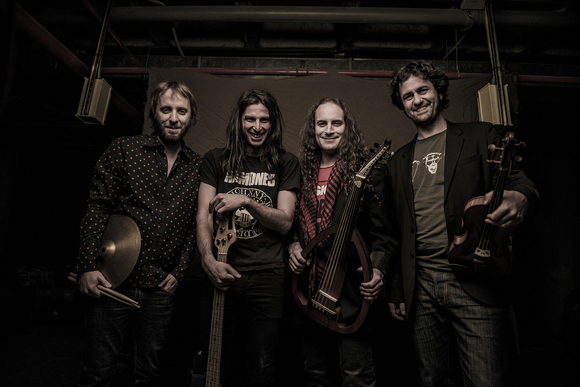 ZOOBAZAR is one of the finest World Music bands from Spain.

Their music is highly creative, innovative and fresh and embraces a global vision. They are known for their great musicality, originality, maturity and ability of blending various Mediterranean traditional music styles like Iberian, Balkan, Greek, Turkish, Oriental, Middle Eastern, North African and even Indian folklore with western elements such as funk, rock or jazz. The band defines their style as Mediterranean World Music Fusion.

The band members have been part of the most prestigious Spanish world music artists such as
Radio Tarifa, La Musgaña, Eliseo Parra, Javier Paxariño, Mastretta, etc.

Their show is recommended by Theatre Network REDESCENA 2011. ZOOBAZAR has been nominated at the IMAs Independent Music Awards USA in 2012 in the category for Best World Beat Album with “UNO” and in Best Song World Traditional with their Balkan song “Fun Faria”.

Both Zoobazar albums have been produced by Carlos Raya and mastered by Richard Dodd (Nashville),distribution by GALILEO.

In June 2014 ZOOBAZAR has represented Spain at 35º EBU Euroradio Folk Festival in Rättvik, Sweden. In 2014 they also reached the 55th position in the list WORLD MUSIC CHARTS EUROPE (top 250 of 824 records) and a great success with their showcase-concert at WOMEX 2014.