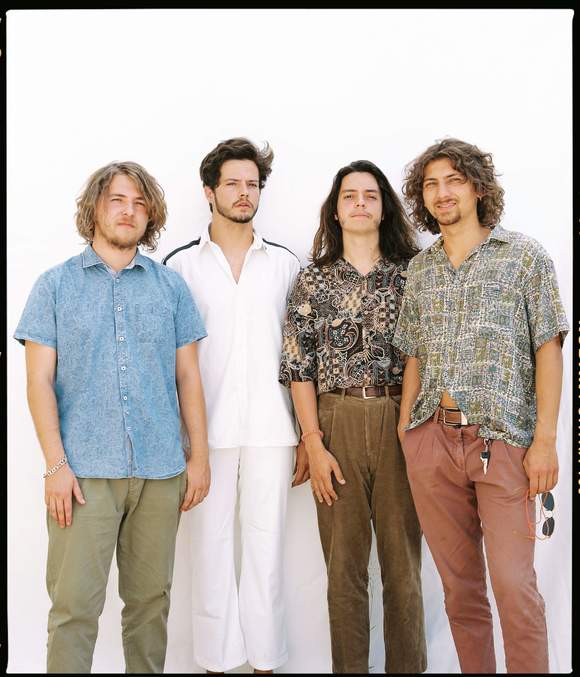 The Zanibar Aliens are a four member Rock Band based in Portugal, Lisbon.

Their sound reminds you of the Classic Rock’n’roll bands from the 70’s but mixed
up with some other interesting genres like classical music and Jazz.
Carl Karlsson (Vocals and Keyboards) and Filipe Karlsson (Guitar) are the Swedish
part of the band. Diogo Braga (Drums) and Ricardo Pereira (Bass) are the
Portuguese part.
The band released their first compilation of songs online in 2012 named “Zanibar
Aliens I” that wasn’t available in physical format.
Their first official album came in 2015, titled “Bela Vista”.
This one being available both online and in CD format.
Since then the band has played some major festivals in Portugal, such as NOS
Alive, Vodafone Paredes de Coura, EDP Vilar de Mouros and Festas do Mar.
In 2017 they drove all the way to England to record their second album “Space
Pigeon”, in Factory Road Studios located in Eastleigh.
Shortly after, the band went on a 10 concert tour through Portugal and Spain.
At the moment The Zanibar Aliens are working on their third album, searching for
new sounds and experiences to innovate their already classic rock n’ roll sound