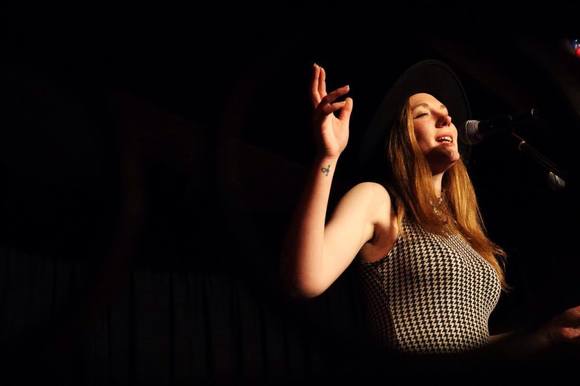 Yazmyn Hendrix is a solo loop artist originally from London who uses her voice, layered intricately, to create her musical environment.

She is an experimental multi-genre singer and songwriter who writes simple songs about complex things; love, life, reality and dreams. Yazmyn is synaesthetic, meaning she associates each song, each word and each instrument with colours, dimensions, shapes and textures; this gives her an original perspective when writing and performing.

Yazmyn has recently collaborated with Retrospective for Love on their new single, ‘Let Me Know’ from their debut album, ‘Random Activities of the Heart’. The track is a carefully crafted groove with lyrics loaded with romanticism and nostalgia, allowing their sound to dabble in delirious de-ja-vu bringing you back to the first time you ever felt heartache.

A union of beautifully crafted jazz and soul vibes have enveloped a collaboration with Mrisi. ‘In a Moment,’ the first track to be released online from debut EP ‘Mamela,’ gathered the attention of many, including the likes of Rag N Bone Man, who shared the live video on his Facebook page. A live recording from Mrisi‘s mother’s house, ‘Mamela’ is a work of resilience and conscience; it has the ability to make us realise how much impact our words can have. Watch this space for more to come from the pair.

Yazmyn has had a busy summer playing at various festivals and venues such as Standon Calling, Pas De Trai in Sicily and Il Binario in Bologna. She has also recently supported Jon Gomm and Dizraeli, both in Brighton. She looks forward to playing more of Europe next year.