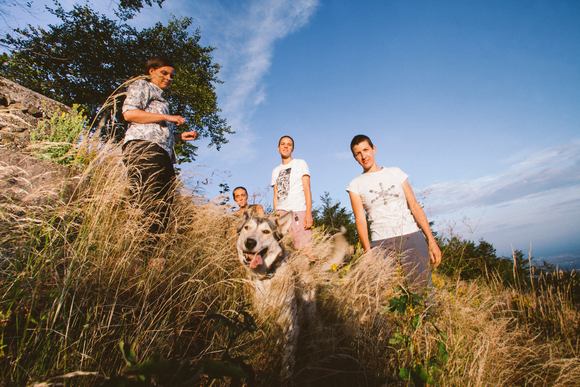 Žen playfully dissects gender stereotypes and connects the boundaries of audio and visual art, evoking journeys through vocal harmonization submerged in a progressive symbiosis of guitar, bass, drums and synths. If we were to try to define them by genre, the closest we would get is a complex form of indie-rock, informed by various style and genre characteristics ranging from post-rock to shoegaze, math-rock, vintage synthwave and experimental electronics.

Their debut album, I onda je sve počelo, was released in May 2013 under the queer feminist label Unrecords from Vienna, Austria.
Second album Jantar, released in August 2015, is coproduction between two labels, Austrian Unrecords and Vox Project from France.