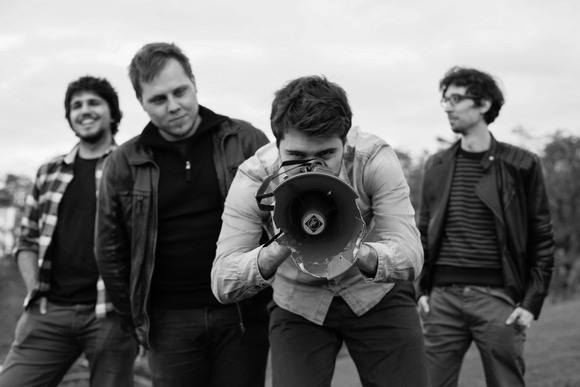 “… full of listenable guitar racket, and the band shows itself in its blood-thirsty stoner/hard-rock form, complemented by genre-appropriate vocals.” – Hrupmag Wrong Moose is a Slovenian stoner/hard rock band of four peculiar individuals, with their HQ situated in Nove Jarše, Ljubljana.

The band's raw and expressive style of music allows them to experiment with various sounds. Their spontaneity is best expressed through their live performances, where you are sure to be sucked into their raging, racing sound.

Moose's debut performance happened in 2011 in Menza pri Koritu at the notorious Metelkova City. They grew their reputation by winning the 2012 Šourock band competition and by wading their way into the finals of the Newcomer competition in Graz the same year. After that they started moosing around various clubs and open air gigs in Slovenia.

In the summer of 2013 they started recording their debut album with the renowned Slovenian producer and musician Peter Dekleva. The album Silence That Roars was released in February 2015 on vinyl as well as digital platforms.