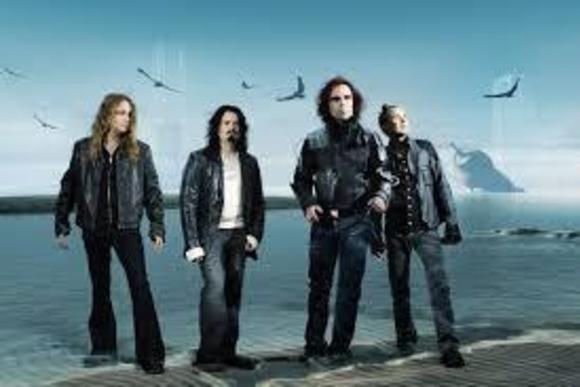 Sami Yli-Sirniö joined as second guitarist in 1989, a year after the release of their first EP, Mut Hei ("But, hi!").

Their first album, Monk-Punk, was released in 1991. As the title suggests, this album was mostly punk. Their next album Torcha! (1992) was the album on which Waltari started blending various musical styles into the sound that would become their own.

After releasing a compilation of early work under the title Pala Leipää ("A Piece of Bread") (1993), the band went on to release So Fine! (1994), an album similar to Torcha!. Their next album, Big Bang (1995) is to date their biggest success. The album concentrates on mixing techno with heavy metal.

In 1995, Roope Latvala (current second guitarist of Children of Bodom) joined the band, replacing Sami Yli-Sirniö. At this time, Hatakka was working with conductor Riku Niemi on a project combining heavy metal with classical music. This project eventually became known as Yeah! Yeah! Die! Die! Death Metal Symphony in Deep C. The show was performed in 1995, and the album was released in 1996.

In 1997, the band released Space Avenue, a more progressive work containing more electronic drums, as well as a collaboration with Apocalyptica. In 1998, to celebrate their ten-year anniversary, the band released a compilation titled Decade.

In 1999, Hatakka was working on yet another metal/classical collaboration, and this gave rise to the stage show Evangelicum (Evankeliumi). This production differed from Yeah! Yeah! Die! Die! in that it contained more than just music: the stage show contained music, ballet and a light show. This spectacle also featured a new opera singer. The guest vocalist was Tarja Turunen, who was the lead vocalist of the still young band Nightwish. An album of Evangelicum was not released.

Waltari's next album, Radium Round (1999), featured a strong pop influence. After Radium Round, the band passed out of the public eye, working on less main-stream releases such as the metal / yoik crossover Channel Nordica (2000) and the punk EP Back To Persepolis (2001). However, these releases were very hard to obtain, and for a while Waltari only survived through its live shows. In 2001, the band's old guitarist Sami Yli-Sirniö returned, and Roope Latvala left the band.

In 2004, Waltari released an all-new studio album, Rare Species. The album was well received by critics, and an extensive tour put Waltari back on the map.

The Blood Sample album was released in 2005. In 2006, Early Years was released, a double album presenting remastered versions of the first album Monk-Punk and Pala Leipää, containing additional tracks from the 1980s, never released before and recorded in autumn 2005 by the original trio: Jariot, Kärtsy and Sale.