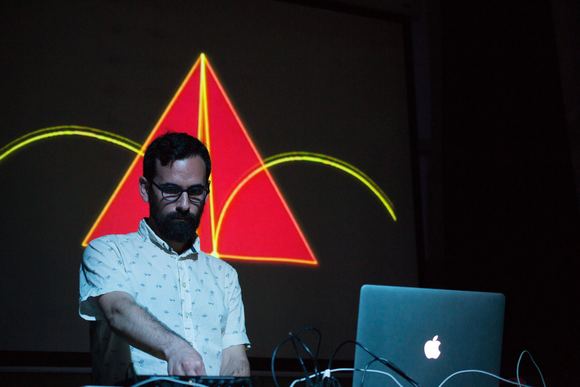 As a multidisciplinary artist of infinite curiosity, Feli Navarro creates and explores in the fast-paced fields of electronic music, digital art and performance.

He grew up in a small town from Alicante (Spain), between traditional local music, his parents’ vinyl records, mákina sessions or rock and metal bands, but soon he began to experiment with loops, sounds and software, turning the computer into his main instrument. Thus, in a few years he went from producing tracks in his bedroom to study at the prestigious Music Technology Group in Barcelona or play at La Biennale di Venezia with the Galata Electroacoustic Orchestra.

With more than a decade of musical works backing him up, his project Voltereta continues developing, mutating and growing. Being a lover of thorough production, Navarro brings the potency of melodic techno together with the depth of ambient and sound art, crafting a fluid and eclectic style of dense atmospheres that invite dancing and introspection. After «Castigo Al Mar» (Traum Schallplatten, 2015) and his EP «Cabezas Bien Altas» (Sr. Nadie Subcultura Recordings, 2016) he focused on creating visuals, collaborations with other artists and, step by step, recording his new album «Nubla» (Làdeli Editions, 2020).

Due to his fascination with the evocativeness of electronic music, the narrative component always plays a very important role in his releases. Memory and dreams, the dialogue between digital technology and nature, the ideas of dystopia and utopia or the meaning of home have been topics treated in his discography. In this case, «Nubla» reflects his last period living in Barcelona, the conflict and constant struggle with the city, the impulse that arises from the need for change and how the body lives and feels all these stimuli. The movement manifests itself here as an engine of inspiration to find new paths in a seemingly hazy landscape.

Feli Navarro (Villena, Alicante, 1987) currently lives in Cádiz, where he develops his artistic activity. He is also a university collaborator and researcher in music, technology and memory.