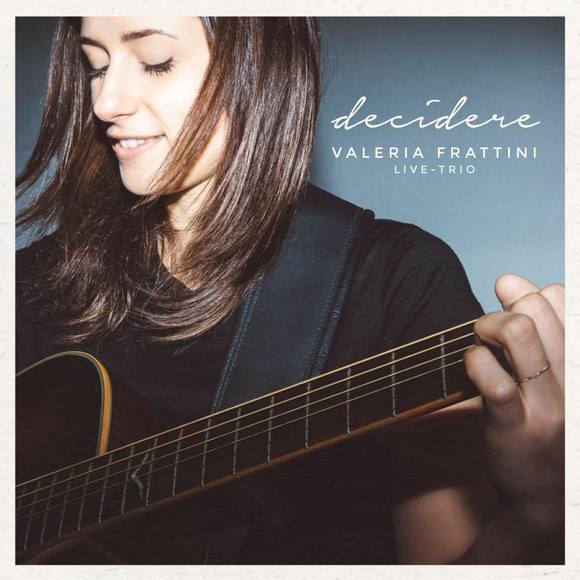 Valeria Frattini is an Italian Singer and Songwriter living in Berlin.

As half German and half Italian and with time spent abroad in the US, her music has a sound that combines all these pieces of the world - with Italian lyrics.

Valeria Frattini and her band started in 2010 in Hamburg, Germany. After recording the album „di lato“ in 2012 in Hanover she moved to Rome: For more inspiration, for the attraction and love for traveling and to go back to her roots. After playing and writing in Rome, she was driven to Berlin - the city of creativity and the pulse of this time. Great changes made room for many songs. A first glimpse to that was the live recording EP „tra roma and berlin“ (2015). "Tinta Blu" was released in 2017 and was followed by several concerts, a support tour and her first TV appearance in the ZDF Morgenmagazin.
​
Recently, in May 2018, she released a live recording with her acoustic trio called "decidere".