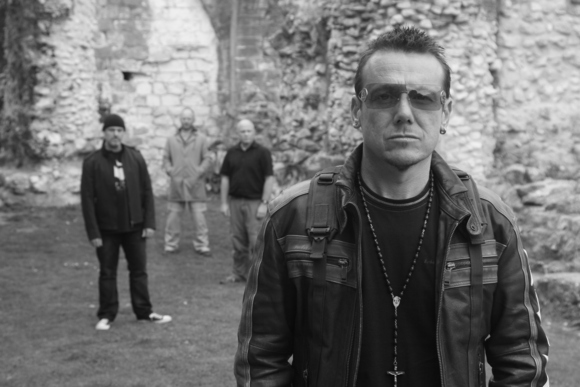 U2tribe = The U2 tribute Band for the UK and Europe.

U2tribe is a U2 tribute band, based in the South East of England, whose members are all passionate U2 fans. The four members of U2tribe are committed to capturing an authentic sound and performing with energy and passion in a similar way to the original band.

Bono   - Vince Brown
Vince was drawn in to the live music scene from and early age after seeing a friends band perform at a local pub. From then on he became a roadie, sound man and eventually, by complete accident, lead singer. Vince has sung in several bands since performing covers and original material. Vince has always loved U2 but it was seeing them live that took his admiration to another level.

The Edge  - David Holmes
David was introduced to U2 in ’87, and he bought his first Stratocaster and a used pedal delay to get closer to the band’s spirit and sound. In ’91 he played in London and the South East with Cold Jack. From the Lovetown and Achtung Baby years, through to the 360 tour David has travelled across Europe to experience many of U2s inspiring performances at their live shows. The Joshua Tree album was the catalyst to what has become an ongoing passion for David. He has since collected many of The Edge’s effects units and guitars, and continues to work towards truly authentic delays, tones and playing techniques.