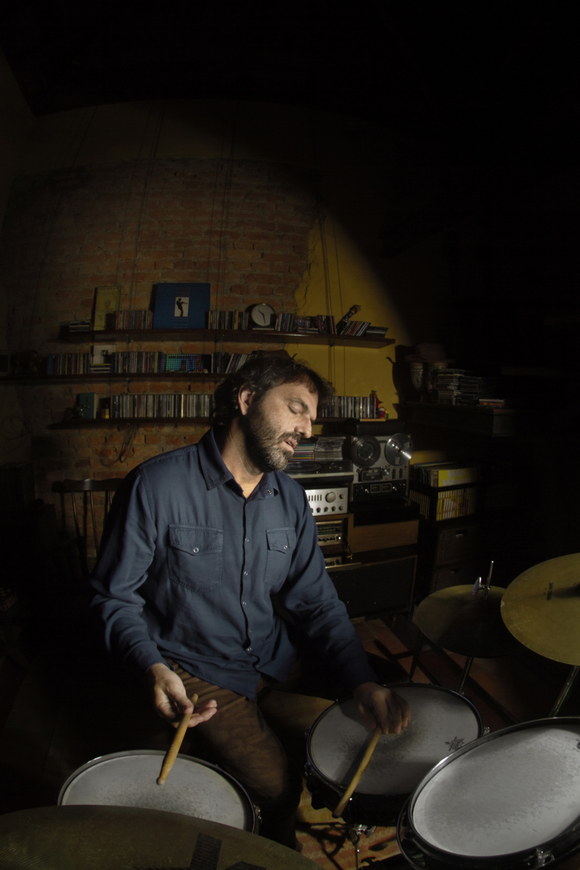 Tuto Ferraz Drummer/Producer/Composer from Brazil active in all those areas of the music business since the mid 90's, started playing drums at age 11 in 1978, went to Santa Marcelina College ( in São Paulo) for Composing and Conducting in 1988, and began his professional career after attending the Musician's Institute/California in 1991.

In January 2014 Tuto Ferraz presents his first solo jazz album, Funky Jazz Machine, available live in Trio, Quartet or Quintet formats. Featuring exclusively his own compositions, the CD is a nice blend of brazilian melodies and rhythms with a sound inspired by the jazz of the late 50's and early 60's. Recorded, mixed and mastered by Tuto in his own studio, he went for a more classic sound, recording all the musicians in the same room with no headphones, resulting in a melodic, organic and sincere music, being his most personal work so far.
Among his major influences, Miles Davis, Tom Jobim, Milton Nascimento and Earth Wind & Fire, are followed closely by Elvin Jones, Keith Jarrett and James Brown.
Tuto is also known for his work with Grooveria Electro - acústica, a musical collective he leads since 2001, and whose weekly jams sessions attracted musicians and artists from all over the world, being the spot in São Paulo, Brazil's largest city, to watch and interact with live spontaneous music. Every Tuesday the likes of Ed Motta, Soul Live, Toninho Horta, Simon Katz (Gorillaz), Marcelo D2, Fernanda Abreu, Tony Hall, Jair Oliveira, Cindy Blackman and many musicians from Salvador, Rio de Janeiro, Recife and São Paulo, would gather under Tuto's guidance for memorable nights that stretched till after hours. Grooveria #1 CD (independent 2005) is a result of many of these sessions, featuring many of the above as special guests.
Long time partners and frequently seen on the famous jams, Seu Jorge and Max de Castro, are featured on the band's live CD/DVD Avenida Brasil (Universal Music 2009). The DVD stayed 7 weeks on Brazil’s top 20 most selling DVDs reaching the 12th position.
2015 was a prolific year for Tuto Ferraz specially in his Studio, where he co-produced, played drums & percussion and recorded/mixed Banda BlackRio’s new album, to be released in 2016; produced two tracks on Fernanda Abreu’s new CD also to be released in 2016, and is finishing Grooveria’s third album with release date scheduled to March ’16.
Lately, his jazz combo made some memorable shows and festivals like Caravana Instrumental Ilhabela, Bourbon Festival Paraty and Instrumental Sesc Brasil, a more than 20 years old live recorded show that results in a special interview and is broadcasted both online and on TV.
A new album of this jazz project is gonna be recorded in 2016 all with Tuto’s new compositions.