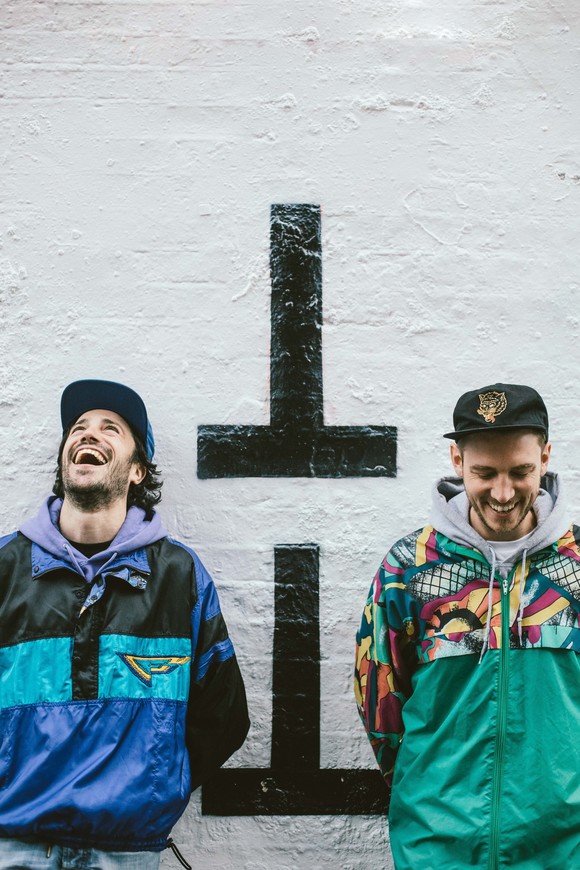 Booking
This Is Now
Adam Gainsborough

Party hip-hop duo Too Many T's draw lyrical inspiration from the golden era of hip-hop and pair it with a more modern approach to production.

Ross Standaloft and Leon Rhymes started working together in 2012 with their joint love of hip-hop, specifically pre-gangster era, and their individual talents gave them an instant rapport. Their dedication to live shows and festival appearances caught the attention of the public and the T’s have become known for their unique high-energy live show that has seen them share the stage with a number of their inspirations from De La Soul, Public Enemy, Snoop Dogg & Big Daddy Kane. The T’s bring an unforgettable party to every stage they play.

2017 saw the release of their debut full-length, South City - which featured productions from Flux Pavilion and long-time collaborator Odjbox - an album of consummate skill and emotional depth that has amassed over 5 million online streams and video views. “South City will dazzle you with the skill of T’s flows, astonish you with the width of their lyrics and get your booty shaking with the infectious future-bass production. Your brain will think it’s listening to classic, golden-era hip hop, but your arse will know it’s dancing to a formula that’s been updated” (Eddy Temple-Morris)

2018 saw the T’s tour extensively in Europe, with 35 shows in France alongside appearances in Greece, Italy, Switzerland and Czech Republic. 2019 started with a 3-month tour across Australia and Asia – a tour and weekly documentary called ‘Rap Year’. 2019 will also see the release of a brand new record and more high-quality videos that the T’s have become known for.