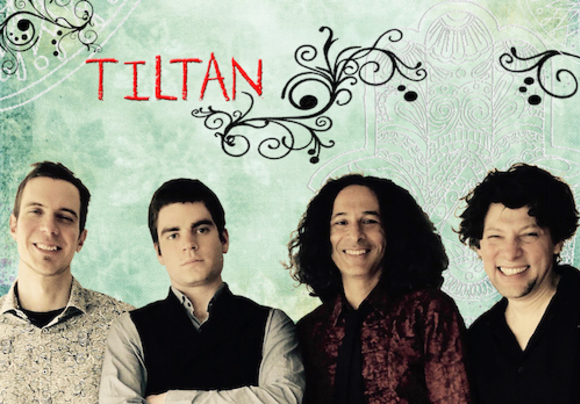 TILTAN in the Hebrew language means ‘Clover’ and is a symbol of good fortune.


Tiltan’s music is composed and arranged by guitarist David Golek. Born to a Polish father and a French-Algerian mother he grew up in Europe, South America and Israel. Being exposed to different sorts of music, traditions, religions and war conflicts created his determination for a musical and spiritual search for unity and building bridges between cultures.
The music can be described as a mixture of folklore and contemporary compositions, jazz and improvisation, with influences from the Middle East, South America, Eastern Europe, North Africa and Jewish music.
The exceptional musicians who join David on this journey enrich its outcome with their own cultural identities, leaving a wide open window for your imagination.