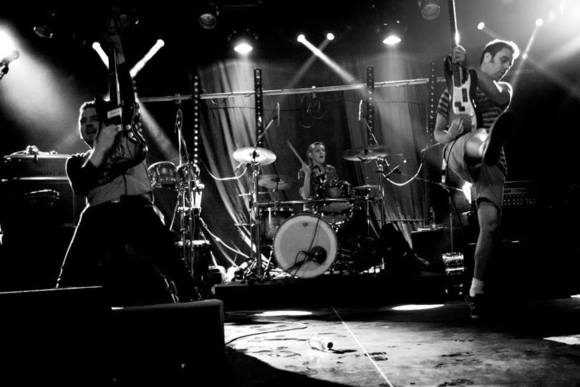 The three members of the band have been involved with the indie music scene for several years.

What started as just listening to bands such as Ventures, Dick Dale & The Del-Tones, Slacktone, Man or Astroman?, and watching The Bambi Molesters performing live, ended up with forming a band that gives its vision of what surf rock should sound today.

“Adriatica” is their debut full-length CD release, packed with 12 blistering surf rock instros, some with a slight punk/indie rock influence.

When they started playing in 2010, they beat out 400 bands in the Balkan region, receiving a recording contract and have since appeared at summer music festivals in front of huge crowds, and were recently featured on MTV. This band is definitely on the rise, and this CD gives the rest of the world a chance to hear this band’s amazing, energetic surf rock sound.

So far they have played 3 European and many regional tours and will be touring California for the first time in August 2014 promoting their new CD-EP "On Tour" published by Double Crown Records.