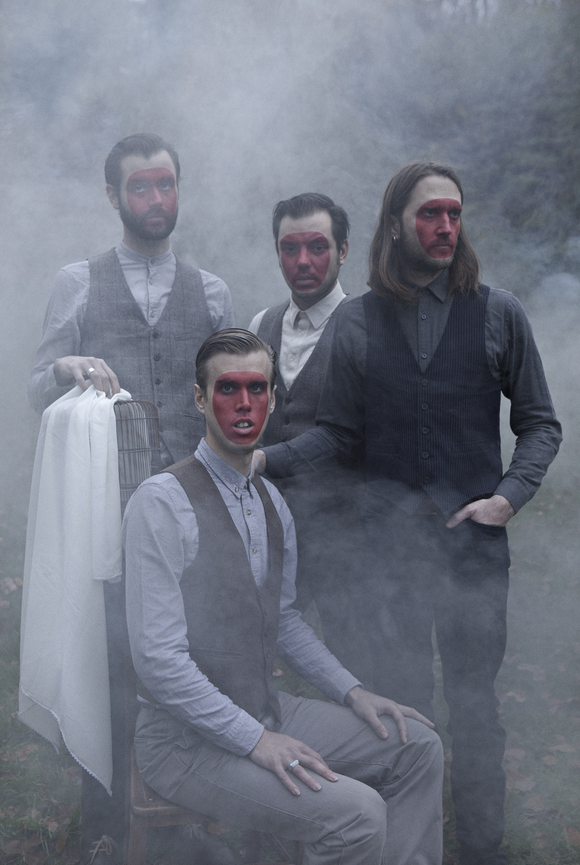 Launched in september 2013, Thibet quickly appeared as the new Indie Pop sensation from Brussels, and already played in the most prestigious venues of the kingdom (Ancienne Belgique, Botanique, Trix, ...), receiving rave reviews from the media.

For fans of Grizzly Bear, Beach House and Talk Talk.

Dubbing one’s music “medieval psych” may raise a number of eyebrows, however don’t expect Thibet to recall a time of ingenuous tax systems and dubious dental hygiene while sporting tie-dye tunics. As early as the inaugural Three Songs From Willam Blake, Gregory Vandamme’s then solo project has shown how psychedelia was more than a handful of colourful tropes.
The arrival of Thomas Venegoni, David Davister and Julien Bacquet in September 2013 created Thibet’s current incarnation as a four-piece. After taking the stage in various Belgian venues such as Ancienne Belgique, Le Botanique and Trix, these enlightened gentlemen recorded their first album, Vision & Certitude, out in April 10th, 2014.
Deceitfully sparse and monastic, Vision & Certitude slowly reveals its brilliance. The mesmerising “Vision”, the instrumental opener kidnaps Steve Reich, force-feeding him claviceps purpurea before sending him running down a hill. With the protean “Tear the Veil”, what follows is a progressive awakening moving away from the initial confusion, a slow walk towards spiritual wonders, dew-soaked pastoral meditations ("Tear the Veil") traversed by ominous rave-ups. Every detail is in its right place, from the slide guitar and Julie Prayez’s soprano voice on “Sarabande”, to the sprawling, intertwined synths on “Certitude”, and bears the mark of a constant musical dialogue. In “Carry My Fears”, the chord progression reminds the Cure’s “One Hundred Years”, but while the latter documents a hellish downward spiral, Thibet's song levitates and hovers aboveground – a movement that, despite such titles as “The Burden”, seems to be Thibet’s gift: escaping physical gravity to achieve weightlessness. Even at its more expansive (“Fountain of Joy”), the band keeps up its aether talk, and looks skyward, plunging head-on inside a hall of stained-glass mirrors, slowly building a basilica that turns out to be a granite spaceship.