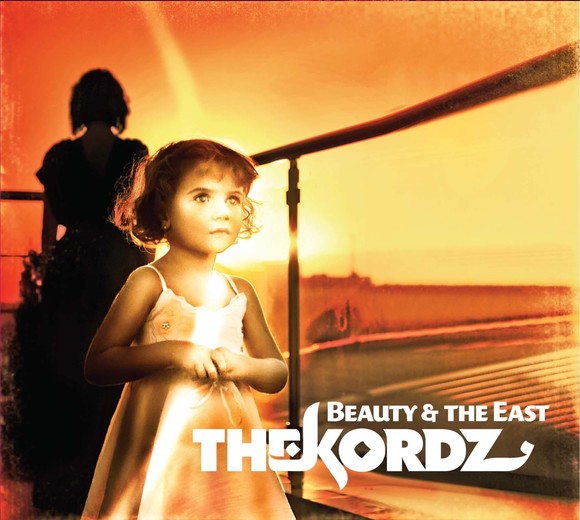 THE KORDZ: ROCK FROM THE MIDDLE EAST – high profile Lebanese band returning in 2016!

When singer Moe Hamzeh was studying Geology at University of Beirut (Lebanon), he essentially was dealing with rocks. But it was rock music he always wanted to play. Something that did not work as easy like his studies, but somehow Moe and his comrades managed to merge from a students' music act in civil war shattered Lebanon to a critically acclaimed band, sharing the stage with international superstars just like Deep Purple, Placebo or Robert Plant. And whilst people in Moe's home area just now were raising their voice against yearlong oppressing authorities and suffer from other usurpers (like IS), THE KORDZ from Beirut (Lebanon) rather coincidentally deliver the region's groundbreaking change's soundtrack.

Mark LeVine, Grammy-winning musician and author of Heavy Metal Islam, describes THE KORDZ as "without a doubt the best rock band from Morocco to Pakistan, and perhaps anywhere. The album [“Beauty & The East”] will be remembered as the avant-garde for a revolution in rock music". The band's debut "Beauty & The East" was released in 2012.
The band, skilfully uniting the best of both worlds, European and Arabic music, is to return into the spotlight in 2016 with new music.
More info on THE KORDZ, please click here: http://www.umi-music.de/ipk/thekordz.html.
Video clip for "Last Call" (official video): http://www.youtube.com/watch?v=NmneEGqP5C4.
Acoustic clip: Get Behind (live & acoustic): http://www.youtube.com/watch?v=sfAf0I_uPqU
Documentary trailer "The Kordz Rock in a Hard Place": http://www.youtube.com/watch?v=H7p_IyQ9taI.
Timing: EP in summer of 2016, album (with feature artists) in late 2016