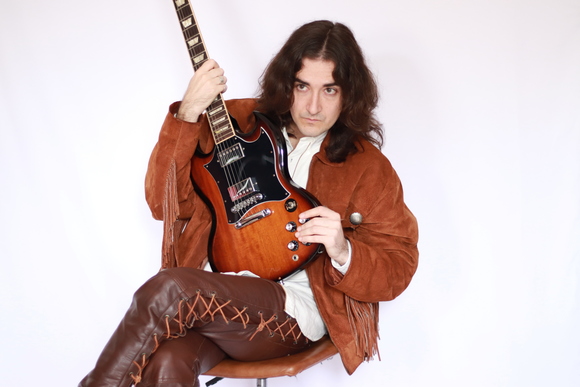 Award-winning & graduated multi-instrumentalist, Gabe has been actively involved in the music industry for over a decade, both as a session musician and a member of numerous projects.

After releasing his first solo EP ‘Along the Way’ mixed at Abbey Road Studios by the legendary Engineer Chris Bolster (Paul McCartney, Elton John, Greg Allman, Cat Stevens-Yusuf, John Forgety, Foo Fighters, Kate Bush) & followed by a well-received Single ‘Hard To Believe’ (+10K on Spotify) Gabriel has been breaking through the London music scene and being noticed as an ‘emergent supernova’, taking audiences by storm with his charisma, multitude of styles and showmanship.

Besides his original material, Byrd counts with a strong presence on new media platforms (+8K followers on Instagram, and counting) – Collaborated/Sponsored by guitar gear companies as Vaderin Pedals & Liquid Sound Technologies (US) and WintterLabs (BR) and posts by ‘Official - Danelectro Guitars’ which was made famous by the rock titan Jimmy Page.

Crushing borders between solid rock, psychedelic soundscapes, melodic ballads, and what he calls ‘progressive-folk’, Byrd's solo work presents a fresh and unique vision that has been thrilling audiences and making them wonder ‘Who’s this guy?’

Currently performing in UK/Europe with a new Single/EP in the making.