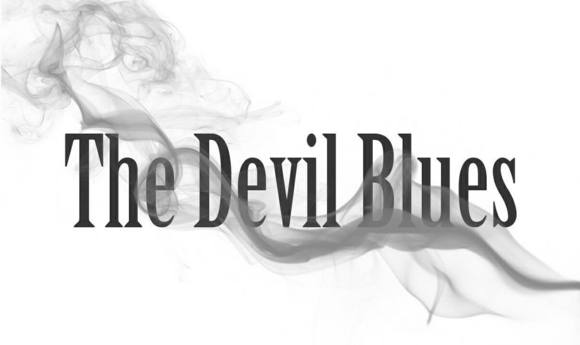 The Devil Blues Adam Smith - Vocals & Guitar from Stoke Daniel Cooke - Guitar from Stoke Martyn Bailey - Bass from Stoke Tizz - Drums & Backing Vocals from Crewe Growing up in two former industrial towns now with a loss of identity drove all four members of the band to create something of their own and not get stuck in grey little monotonous life the local area would have planned for them.

After being played bands like The Beatles, Kinks and Led Zepplin by their dads the bands where hooked and would never lose their love for music and in fact let it grow to find new bands like Ocean Colour Scene, The Libertines and Nirvana. All these acts and not wanted to be dragged into terrorizing the neighbours the sort to teach themselves how to play and emulate the bands that inspired them by creating something new, fresh and connected to an audience.

After a few failed attempts at forming a band that would only play to the tools in a garage frontman Adam Smith was unable to make this dream become a reality until a chance visit to a friends new studio gave him the new drive to forge ahead and create the Devil Blues. Still in touch with fellow guitarist Daniel Cooke from previous efforts the two desperately needed a rhythm section.

Remembering his old manager from Matalan of all places Adam ask Martyn Bailey to be his bassist who would constantly show him music videos of mod music and 60's fretbeat bringing a new dimension to the bands sound. The drummer position proved more difficult and after several failed drums Adam became aware that his work colleague Tizz had recently left his band and quickly snap him up.

Now with the band formed they set about creating some new music forged from their love of rock music, grunge, blue and indie to create something truly unique yet accessible in their practice space took away in the loft of an old warehouse on an industrial estate. What the produce was a splash of foot stomping, booty shaking, finger clicking colour to break up the dark tones of their local town. After only a few short months the band where ready and leapt quickly from opener to headline act in the local town and attracted a dedicated following and the attention of the industry