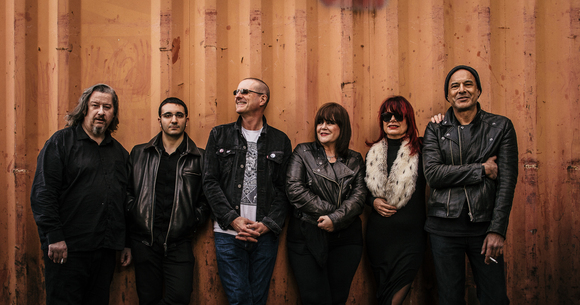 Dead by 1985, reborn in 2013, The Bronsons are a London-​​ and Oxfordshire-based band playing loud, driven, fast and relentless pub-rock garage rock rhythm and blues.

Their influences range from 60's beat, rhythm and blues and garage rock bands, through to Dr Feelgood, Eddie & the Hot Rods, The Count Bishops, The Inmates and Lew Lewis.

"A great night out... has all the joy and abandon and rockaboogie wigging out you could wish for" - Bugbear

"Absolutely amazing live set - [The Bronsons] ripped it up on stage, did an amazing job" - John Summers on The NerveCast Show

Playing a 50/50 mix of original material and obscure covers, the band had a cult following in 1980s London, playing Le Beat Route, The Embassy Club and the legendary squatters' nightclub in Bonnington Square.

After splitting in 1985 they reformed in 2013, recruiting a new bass player and new Bronsonettes. Since then a series of pub dates and festival appearances have cemented their reputation as a seriously good live act that knows how to put on a show.

"It's like someone took Eddie Cochran and Plastic Bertrand and put them in a blender... I bet it sounds awesome live" - Chris Straw, Producer, Bauer Radio, on The Bronsons' 2017 single Girl from Outer Space