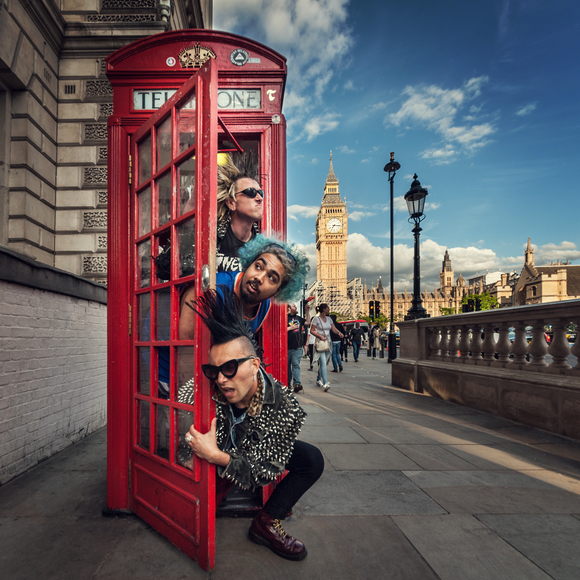 The Babes is a 3 piece Celtic punk rock DIY Bagpipes, Bass & Drums line up formed in 2015 and based in London.

The guys met in the IMW sound engineering school: A group of misfits that wanted to play Pogue’s type music that bred in a garage in Twickenham, and before too long The Babes were delivered. They play snotty, two fingers in the air Punk Rock with bagpipes. Bringing together Colombian, North American and UK backgrounds and featuring ex-members of punk legends Total Chaos and Blitz. Their released single "Tomorrow Seems So Far Away" took them to their first tour "The Babes invade Mainland Europe" where they had the opportunity to visit France, Germany, Belgium & Holland.