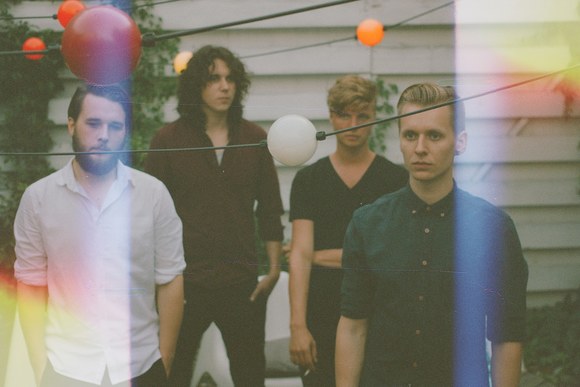 The musicians have already performed alongside renowned Polish artists such as: Artur Rojek, Hey, Muchy and happysad. The band won the Skoda Auto Muzyka music contest which enabled them to perform in the legendary A. Osiecka Polish Radio 3 Studio.

Terrific Sunday’s music is inspired by a wide range of their experiences, love, life, cultural issues and everything in between. This resulted in two self-recorded EPs (Terrific Sunday EP and Tonight EP) which were produced by the band’s frontman - Piotr Kolodynski. These critically acclaimed mini-albums have established Terrific Sunday as one of the most promising indie artists in Poland. They have also received an honourable mention by Brett Morgen, the director of “Cobain: Montage of Heck”, at Krakow Film Festival 2015.

Sony Music Poland released Terrific Sunday’s debut LP “Strangers, Lovers” in October 2015. It marked the start of their professional carrier. The album was recorded under the supervision of one of the most talented and well-known Polish producers, Marcin Bors. It spawned a couple of commercially successful singles, including Bombs Away, which was also featured in the four piece’s music video that was shot in Barcelona. Short after the release, the band was nominated for best debut at the 2016 Fryderyk Music Awards. In 2017 Terrific Sunday produced their first Polish single “Bałtyk”. In March 2019 they are releasing an exciting new single from their upcoming second album.