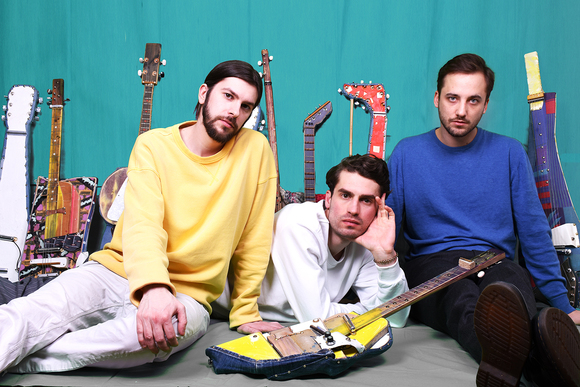 Starting out with a string of well received shows in Austria, indie/post-punk band TENTS released their debut “Under My Wings” in 2016 on Numavi Records.

Scenesters and the press quickly got excited about the band and its unique musical style. Sparingly arranged, the songs are partly carried by organ textures and partly cut by post punk guitars. Repetitive drums and bass complement the voice, which follows form and sound and is orbiting minimal collages of text with no inherent narrative function. Media like Radio FM4, Wiener Zeitung, or Tracker Magazine released enthusiastic features about the band and they were featured on Siluh Records´ compilation “Aber der Sound ist gut” (2016). The Gap named them a „talent to watch“ – besides artists like Mavi Phoenix, MOTSA or Leyya. In May 2018 they released their first full-length album “Stars On The GPS Sky” (Numavi Records) on LP, CD and cassette.