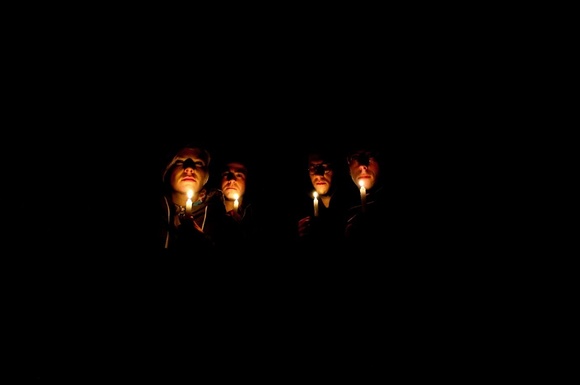 TAMAN SHUD is a necro-psych band from London.

Their music is heavy, trippy and evil; an unholy brew of muscular psychedelic rock, biker punk and ultra-grimm doom. It sounds, according to the Quietus, like 'a relentless trip through incense-fogged chambers beneath the flagstones of ruined temples'.

Following a split 10" with the Fat White Family, the band's debut album, Viper Smoke, came out in February on Trashmouth Records. The NME called it ‘brilliantly terrifying’. In the Wire, Julian Stannard recommended its 'crepuscular keyboards' and 'sonorous vocals' and compared the sound to Glenn Danzig's Samhain, 'if ambition had outstripped ego'. The album's lead single, and title track, was released with a video in which the band summons a Goetic entity, who intervenes violently in an amorous scene. You can see it here: https://youtu.be/ZtdiwpntNLg

Taman Shud are at their most powerful live. They've honed their set into a crushing, howling, mind-altering, life-changing onslaught on the senses; a barrage of smoke and knives. They’ve recently played with Part Chimp, The Cosmic Dead and Gallon Drunk, and appeared at last summer’s Supernormal and Raw Power Festivals. After a recent show in Brighton, the Brighton Noise Gig Guide wrote that Taman Shud ‘appear to have consumed the entire history of cool, heavy music and are chucking it at you. ALL. AT. ONCE . . . Unbelievably intense.’