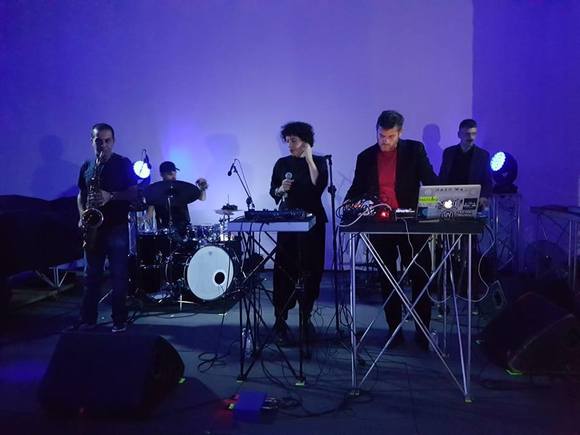 After opening the concerts of artists such as Daddy G (Massive Attack), Roni Size, Asian Dub Foundation and having performed in major international festivals as a representative of the UNESCO Creative City of Music, such as the Reeperbahn Festival in Hamburg and World Music In Hamamatsu, Japan, last year Suz promoted live his album "Lacework" (Irma Records) with White Raven (aka Bartolomeo Sailer) with a short European tour that touched London, Berlin, Paris, Glasgow, Kharkov and Kiev. "Crossroads" is the new album realized by Suz together with Obsqure, born Youssef Labidi, already known under the pseudonyms Ucef and Kick Da Joey, composer and producer of Tunisian origin based in Doha, Qatar. Launched by the single "Brave New World", accompanied by a video directed by Andreas La Marmora together with the students of the Academy of Fine Arts of Bologna under the supervision of their teacher Fabrizio La Palombara, the album is composed of eight tracks that represent the "crossroads" between the voice and the trip hop melodies of Suz and the oriental flavored productions of Youssef and will be published in November 2018 by Berlin label Springstoff.