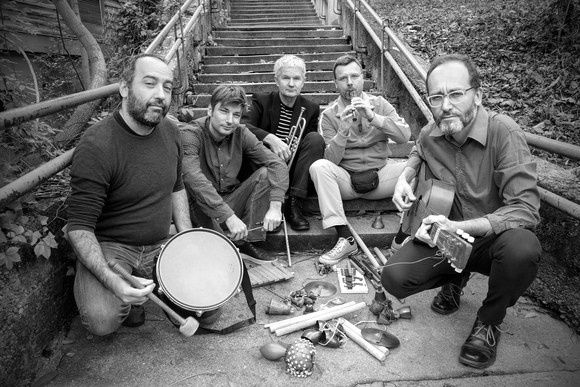 The band Šumski was founded in early 1991 in Zagreb, by Kornel Šeper and Marin Juraga and soon started creating a unique sound, which will become their "logo" over that period.

This sound could be described as a mixture of ethno motives, dadaistic collages, film and cartoon music. All those sounds were coated with a layer of noise, and wrapped in shades of pop songs. Their first album "Lov na vile" ("Hunting Fairies") was released in 1993, and shows the band's work in their first three years of existence. The next album "Safari" was released in 1995. This new material is characterised by the use of trumpet and saxophone, which sounds refreshing and adds new dimensions into the sound of Šumski. The album "Baba spava" ("Granny is sleeping") was released in 2000. The sound on this album is calmer and more profound, comprising elements of pop and new wave sensibility, which takes the band further on, towards creating their own style. Their most recent album "Ronioci" was released in 2003, followed by a long break.
The band released their fifth album Ostrvo ledenog kita on the Geenger Records and Zvuk Močvare labels in 2018.