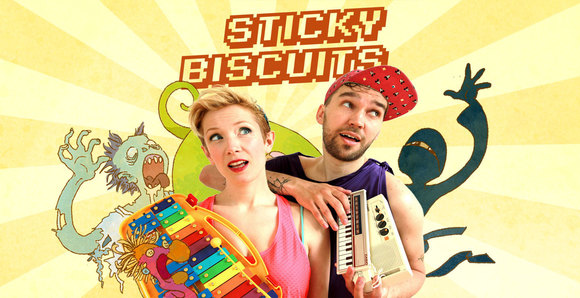 STICKY BISCUITS from Berlin sing, blip, hoot and occasionally howl about the naughty and nerdy, the raunch and the rocket science, the kinky and the kitchen sink.

STICKY BISCUITS have performed all over Europe as well as in the US. Their self made music videos won several 'Mosty Trashy' awards at Berlin Music Video Awards as well as audience awards at Queer Film Festival Munich and Noisekölln Awards and are on the short film and queer film festival circuit all over the world.

"A rock solid comedy act, lean, witty and hugely entertaining" - Edfringe Review
"Catchy, witty, and thought-provoking tunes... will have you cracking up" - Huffington Post
"It's all quite cute...until it isn't. And once you're made aware, believe me, you can never be unaware." - Topless Robot