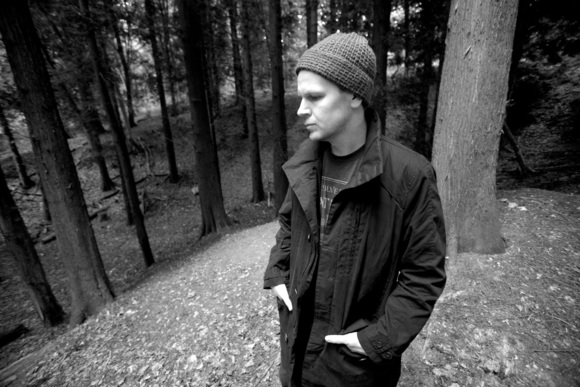 Swedish singer/songwriter based in London, U.K.

Som Vinter is the new solo project of Swedish singer-songwriter Fred Bjorkvall, formerly associated with London-based alternative band Sam Kills Two. His lyrical and musical style can be likened to that of some of his enduring influences such as Mark Kozelek or maybe Nick Drake or Neil Young. He's in the business of making music with a timeless feel seamlessly moving from blues guitar in one song to layered arpeggiated spanish guitars in another, bound together by his instantly recognisable, soft vocals. His journey so far has been fraught with personal struggle. From feeling out of place in his small hometown in Sweden to feeling uncomfortable with the establishment in London and around the globe. Writing is about the only thing which has remained constant in Bjorkvall's life but the juxtaposition of writing songs which at their core come from a despondency about a society in decline whilst seeking recognition in the music industry has been hard to handle.

His former band Sam Kills Two split up in 2011, just as they were gaining a foothold on the london music scene, after having tried for some time to reconcile differences in their personalities and musical opinions. This was shortly after the release of their second studio album, Pretty Ugly. Just like the eponymous debut album this was also released on London label Rocket Girl Records. They had been working together for nearly three years.

Bjorkvall's response to the break up was to make immediate attempts to record new material for a solo project but ended up so unhappy with the results that he decided to take a break from music entirely. Next he spent nearly two years in and out of depression dividing his time between writing at his home in South Bucks outside of London; and travelling to his homeland of Sweden and also briefly to south east Asia searching for lost creative inspiration, and a reignition. "Travelling always seems to put things into perspective. You can learn more about yourself travelling for a month than you can staying in one place for a lifetime", says Bjorkvall.

The stints of travelling and the processing of an untimely band break up eventually lead to him rediscovering the sense of meaning to writing again. With the realisation of the importance of having music in his life Bjorkvall returned to the studio in early 2013 to write and develop the songs for a new album. "The break from music was affirming in many ways. I'm now producing music in my studio at my home in the country and I've allowed myself to arrive at places I never thought I'd go musically on an album simply because being by yourself gives you an experimental space that you sometimes don't have in a band. Saying that, at a point in the making of the album I realised that music is so much about events, circumstances and people and their thoughts working together. I realised I wanted collaboration to finish this record and to be able to make it as special as I could see it had potential to be"

Mid 2013, Bjorkvall invited long time friend and collaborator, multi-instrumentalist and producer G Gamlen to work with him on the project. "It didn't take more than one session with my friend G to confirm my suspicions that it's when creatures in music come together that something really special can happen"
The album promises a deeply introspective and close up view of Som Vinter and of his demons, struggles and joys in a modern world. It has a planned release of autumn 2014.