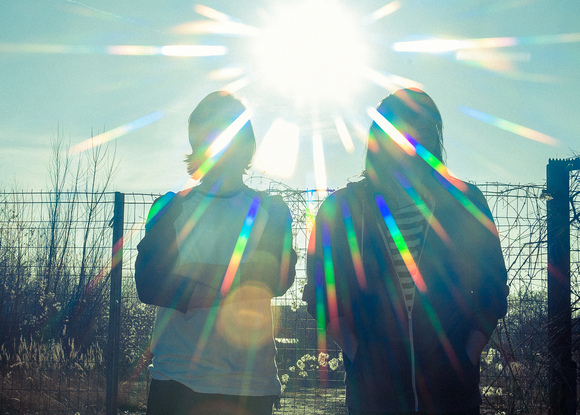 The perfect meeting place for Snøff and Tøff. Snøff, born on a Soviet whaling ship, made a living off fishing salmon in Canada. Tøff keeps quiet on his former life, but scene-chicks see in him the long lost heir to the throne of southern-romanian nobility. After marrying out of youthful enthusiasm and not being able to give birth to a child, they put their creativity into music rather than cunnilingus. Disillusioned and drenched in sweat, both of them staggered through local bars, strip joints and half a dozen projects for almost ten years. Always together, but playing in separate bands, it took a while until Julian and Florian (that‘s how pirates, their only friends, call them) finally realized that less is sometimes more. After years in the puddle called music business, they formed a duo named after themselves.

Snøffeltøffs couldn‘t care less for the sardonic yuppie poetry you hear so often in Berlin. Instead of that, they dig in the foggy swamps of long lost but not forgotten 45s of the 60s. Elitist whippersnapper-critics might call them „the German Black Lips“, which is “OK“, but it goes way beyond that. After releasing their debut EP „Female Dreams“ last year, their panhandling for a proper record deal finally got rewarded. The fact that their album sounds as if it were recorded on Steve Albinis tape deck is, again, Tim Lalondes fault.

Amongst also being dedicated animal lovers, Snøffeltøffs first single release „Park Boys“ off their upcoming album „Hokus Pokus“, to be released in autumn, is an anthem dedicated to themselves. A lonely, godforsaken youth, sporting torn jeans, playing Frisbee in the park with itself, waiting for new friends. Of course, the song is more spectacular than any description could cover: a catchy tune, somewhere between garage rock and jangle pop, with a whistled hook. This stuff is far away from your average indie rock and hipstardom and it‘s also refreshingly timeless and even a little poetic in its teenage simplicity. Snøff and Tøff have come of age, but their music stays young.