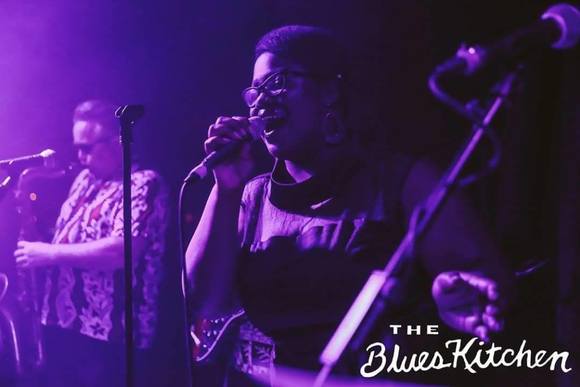 herstory Born in Lagos, Nigeria towards the end of the 1980s into a music-loving household, the lady they now call Sister Cookie was surrounded by a variety of sounds constantly throughout her childhood.

From the juju, highlife, reggae and soul records favoured by her mother and the jazz LPs in her father's collection, to the pulsating traditional West African rhythms that served as the background to numerous special occasions and the moving sprituals that dominated every church service, the would-be chanteuse soaked up an eclectic mix of music. When Cookie was three years old, her mother bought her a keyboard in a jumble sale and the two became inseparable. Cookie soon discovered a natural ability to play, along with a love of singing and began to learn to play her favourite songs by ear.
​
Her family relocated to London when she was aged ten and her fixation with music increased, spending much of her time continuing to teach herself to play the piano. Having absorbed different genres throughout her teens, Cookie eventually developed a passion for jazz and the blues. It was around this time she began to display her talents in public - singing and playing anywhere she was allowed, in which a piano was present. Steadily, Miss Cookie (as she was known in those days) became a fixture of the vintage & retro music scenes in London, appearing regularly at venues such as The Black Gardenia and The George Tavern, at events like the Lady Luck Club nights, Jukebox Jam and Shore Leave until 2008. It was then that Cookie gave up all musical pursuits - she was to have a baby boy the following year.

Her debut single, a version of Willie Jones' 1962 scorcher, Where's My Money, on which she was accompanied by Turin's Soulful Orchestra, was released on the Italian label, Soulful Torino Records, in August 2014. A limited-edition, vinyl-only release, it sold out almost instantly. However, the demand for Cookie's rendition has so outweighed the supply, that Soulful Torino released a second pressing in December 2015. She has also released singles with London-based bands MFC Chicken [DMAF (Do Me A Favour b/w Tea For Two, FOLC Records, 2015] and and The Future Shape of Sound [Rise Up, Freshly Squeezed Music].

Having sung with many different bands on the road, Sister Cookie performs as much as possible with her own band - a London-based quartet that consists of some of the finest musicians in the capital. They are currently working on her debut album, expected to be released in late 2016.

Cookie's other passion is for records. Having been a long-time collector, in 2014 she began to DJ in various nightspots around London, playing 45s from her varied collection of vintage grooves wherever she can. She has had a regular spot at The Boogaloo in Highgate since the summer of 2015, on selected Thursdays. Visit www.sistercookie.co.uk/live to find out where Sister Cookie is singing or spinning next!