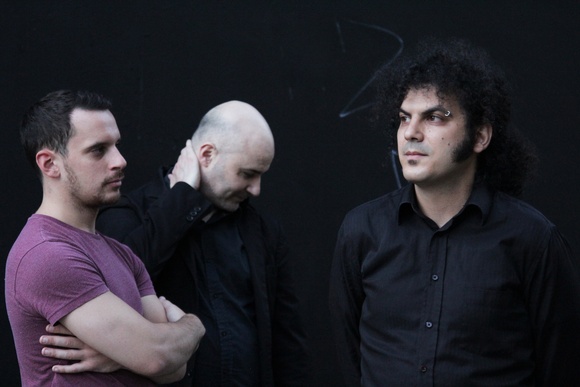 Drawing on inspiration in

likes of Suede, The Jesus & Mary Chain, John Cale, The Raveonettes and

The National. While never actually listening to a whole punk album, Punk’s

approach has crept inside the music too.

SideFields had developed a modest but loyal following in Tel Aviv, where the

band has recorded its first EP which was self produced, and mixed by Simon

calling and it was time for a new life to commence.

album of demos, called Time For Reconstruction. The album has never been

released officially, though some of the tracks from it are still being played live

and one of them found its way to the following album.

The majority of SideFields’s newest album, The Night, was written in a blaze

of creativity during early 2014, added by a few songs that were written

between 2012-2014. Showcasing the best collection of SideFields songs, they

were recorded with no compromises or time constraints offering a journey

through one man’s mind. Itay describes The Night as “ zealous, light hearted

forward looking hymns of self-belief “. With a music video being shot for the

press, The Night shows signs of becoming a surprising force in the next few

on bass. Their contribution to the band’s sound is unmistakable and gave the

songs the live element the need to thrive on stage as well as on record.