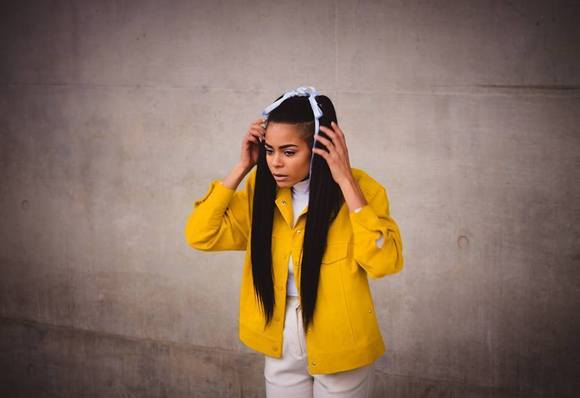 Female rapper from Germany/ Munich based in London #house #rap #hiphop #shamglam Shamoni Williams was born and raised in Munich, and is the daughter of German ex-model Kerstin Karl and African-American musician Ronald Williams.

After moving to London in 2010 to study fashion, her talents were quickly recognised by those around her.
Having worked on a number of shoots with freelance photographers, Samsung advert, music video shoots, and most recently for the brand JD sports; Shamoni is consistently complimented on her versatility, strong work ethic, and positive, professional attitude.

In addition to launching her London modelling career, Shamoni has discovered her passion for music. She has been using creative writing as some sort of therapy ever she was 16, but since last year Shamoni has decided to make rap her main career focus.
21st December 2013 ( ready for her birthday) Shamoni released her debut video 'Health & Safety' which has surpassed over 1000 views within 3 days and the positive feedback of fellow musicians, friends and family has been more she could have ever asked for. Freshly motivated, Shamoni is currently working on her first EP called #ShamGlam which is due to be released 2014.
Multi-talented, and super determined, Shamoni Williams is most definitely one to watch this year.