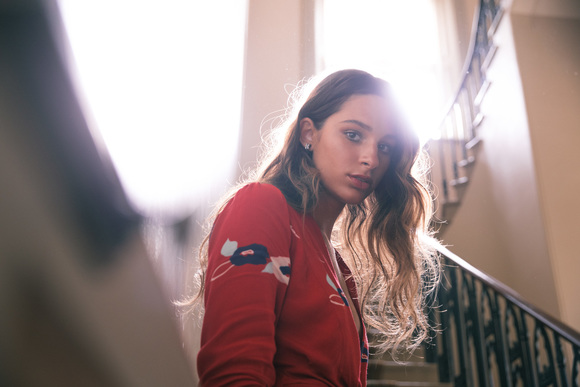 #1 most played artist at triple j (Jan 2017) Melbourne based 19-year-old singer-songwriter Samsaruh has stormed into the Australian music scene with her stellar debut releases in 2017 gaining huge radio support including having the #1 played track on triple j.

She’s also recently graced the stage with Slumberjack and Just A Gent and played alongside the likes of Dean Lewis and LANKS.

Samsaruh's debut single 'Golden to Thrive' was written by Samsaruh as well as the Nightflare production team, which contains core members of Matt Corby's band. 'Golden to Thrive' was incredibly well received with both triple j and triple j unearthed adding it to full rotation, as well as receiving glowing reviews from presenters like triple j music director Nick Findlay and group music director Richard Kingsmill. Samsaruh was also selected to be a triple j unearthed feature artist. The track featured in the Top 30 in the Australian Spotify Viral Charts as well as charting in the Shazam Top 100 Australian Chart for over 6 weeks. Her follow up single 'Beautiful Killer' was also incredibly well received – it was added to full rotation on triple j and triple j unearthed and saw Samsaruh take out the #1 played track on triple j. On the back of this she was also announced as the triple j unearthed Fall Festival competition winner – opening the Lorne leg of the festival.

Samsaruh also featured on the acclaimed Just A Gent EP ‘Stories to Tell’ released in 2016, featuring on the track ‘Sounds of her Mind’. She also took time out from her year 12 exams and studies to perform with him at Splendour in the Grass as well as his sold out ‘Just A Tour’.

Despite her age Samsaruh is already an in-demand artist, working as a featured vocalist and topliner with the likes of Slumberjack, Ford Miskin, Kuren and Styalz Fuego. Samsaruh also joined Dean Lewis on his sold out national tour in 2017 and will be joining LANKS on his national tour in 2018.

This is only the beginning for Samsaruh.