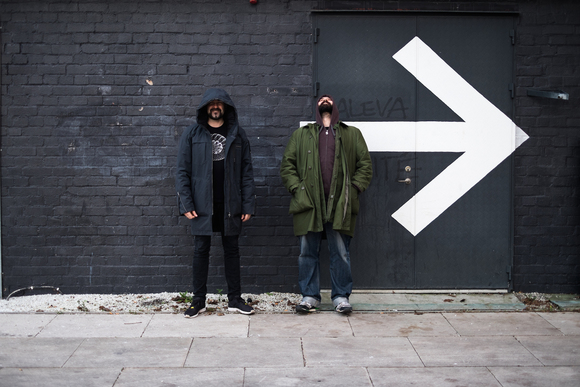 The goal of RTTRSPRT is to work in the areas between the electroacoustic music (and its traditional concert forms) and the electronic dance music (with its dance floor and club settings).

A music that can be performed for a sitting audience as well as for a dancing crowd. A synthesis of musical elements from genres as IDM, acousmatic music, ambient, clicks’n’cuts, contemporary art music and techno formed in an audiovisual intensive live act.

RTTRSPRT is a duo comprised of Mattias Petersson and Marcus Wrangö. They have both been active as solo artists in the field of electronic music for a long time, creating works spanning all the way from electroacoustic to techno. They also have master degrees in composition from the Royal College of Music in Stockholm.
An almost academic, complex technomusic in a somewhat polyrhythmical fashion that you almost can dance to.

RTTRSPRT is based in Stockholm, Sweden.