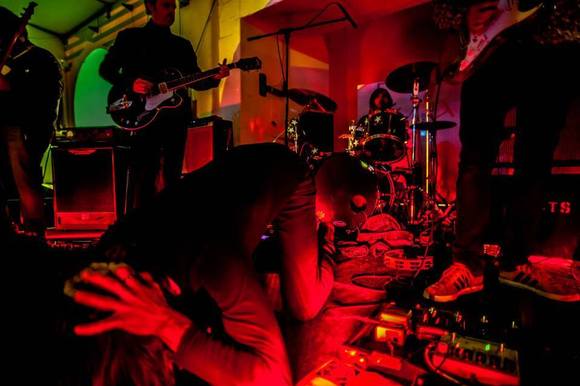 Following support slots alongside TOY, Night Beats, The Lucid Dream, Cult of Dom Keller, The Telescopes, Pink Mountaintops, The Vacant Lots and GOASTT, as well as securing a slot at Liverpool Psych Fest in 2014, PURPLE HEART PARADE have been spreading their cosmic love throughout the galaxy since 2012, and have received reciprocal love in abundance for their incendiary live prowess.

Manchester’s burgeoning post-industrial bubble was the starry embryonic sac for PURPLE HEART PARADE to spawn their shoegaze fantasies, with Louder Than War dubbing them “a band destined for the stars” and The NME professing admiration for their “squalid feedback”, whilst publications such as "Metro" and broadcasters like the BBC have all been purring at the Mancunian cosmic waves.

The band's meteoric rise is also gaining interest from highly esteemed peers, with noted admirers of the band including the likes of Nick McCabe, Mark Gardener, Simone Butler (Primal Scream) and Sean Lennon to name but a few.