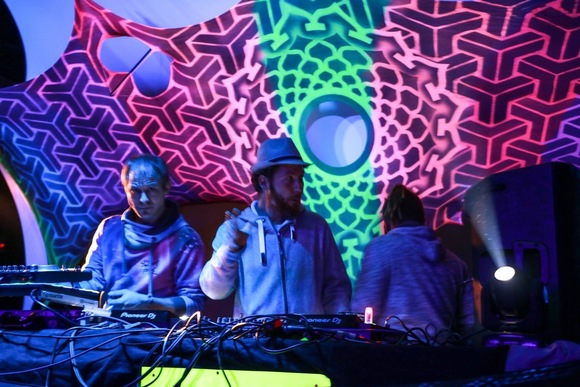 Nagra aka (DJ Yv3s) is a German Psy-Trance Artist, Musician and Producer.


Nagra was born in October 1984 in Tübingen,
even as a child he had the first contact with psychedelic music.
At age 13, he played the bass guitar in a German punk band called Gekaut and Spit and he made already at this time, his first DJ experience with vinyl and CDs. 5 years later, Yv3s founded his first electronic music project in the German Wave Gothic scene, first under his real name "Yves Ramon Hackner" until he changed it into Minds of Sickness. In 2008 he founded a second industrial project called "Klinik 6" with a friend in Ludwigsburg. 2010 Compiled it together with Martin Sprissler (Gothic Magazine, UP | Scene), His first V.A. Compilation "Black Night - Dance 4". 2011 Followed "Black Night - Dance 5" In 2012, Yves played the synthesizers for live performances on the music project "Silicium". In the spring of 2014, Yv3s Martin R. met the founder of Ysono and very quickly became part of the Ysono collective.
Now it will show what the future holds so ready.