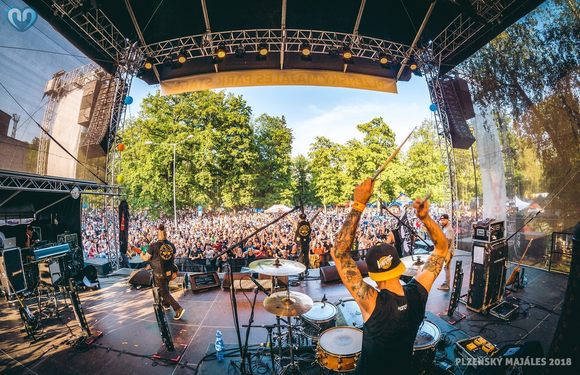 Pipes and Pint is a punk-rock-folk band which was founded by its bagpiper Vojta Kalina in 2006 at Prague.

The core group of the band is ready to go by the end of 2008 when they recorded a 5-track EP. With this material they hit the road around Europe.

They are releasing debut album Until We Die in 2009 in the cooperation with Wolverine Records, followed by 250 concerts and festival shows around Europe, mostly as the main act of the program.

In the year 2012, they are releasing the second album, Found and Lost in cooperation with US producer Darian Rundall (Pennywise, Suicidal Tendencies). It is released by Sony Music/Century Media/People Like You Records. Czech music academy “Angel Awards” is awarding the album as the best album of the year 2012 in punk/hardcore category. Followed by more than 300 concerts and festival shows around EU in co-operation with MAD Tourbooking Germany/Berlin.

The members nowadays are Vojta Kalina, Lukáš Vincour, Ondra Balvín, Ivo “Rafan” Traxmandl and Travis O’Neil. In autumn 2017 they are recording four new singles with a top Czech producer Yarda Helešic. With a plan to do so every year to be able to release one new song every quarter. To be continued…