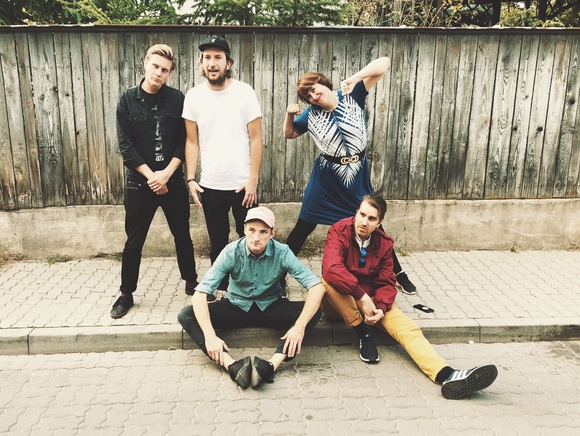 Paula & Karol are not just a duo but a large family of Warsaw-based musicians who, for the past seven years, have been capturing the hearts of young and old alike, across Poland and abroad.

It all started when the Guardian listed them in their “sound of 2011 around the world”, stating that „They are Poland’s new superheroes. Not the tight pants, fluttering cape kind. More like, come to our concert – we’ll break your heart, and then we’ll fix it up kind.”

After the release of their EP Goodnight Warsaw in December of 2009, and their first studio album Overshare on Poland’s top alternative label LADO ABC in December of 2010, the band gained rave reviews by local media, bloggers, and Polish fans, gaining accalades as „discovery of the year,” and the „the most interesting and important debut bands in alternative Polish music.”

By singing in English, and writing songs filled with catchy melodies and lyrics that prioritize honesty, community, and love over hype and postmodern blase, the band has been touching listeners that cross a range of generations and nationalities. In the past year, Polish cultural organizations picked up on their gift for reaching wide audiences and sent them to represent modern Polish alternative culture at festivals in Iceland, Germany, Holland, the Ukraine, France, the UK, and the United States.

They are currently releasing their 4th studio album, "Our Town," changing their sound to be more electronic, dancable, and eclectic. The album will be out on the 19th of May in Poland and in streaming services worldwide.

Today, Paula Bialski and Karol Strzemieczny play and create music with Staszek Wróbel on bass, and Igor Nikiforow on drums, as well as Krzysztof Pożarowski on acoustic guitar and vocals. All of them would agree that an honest discussion over dinner is as important as making music together.