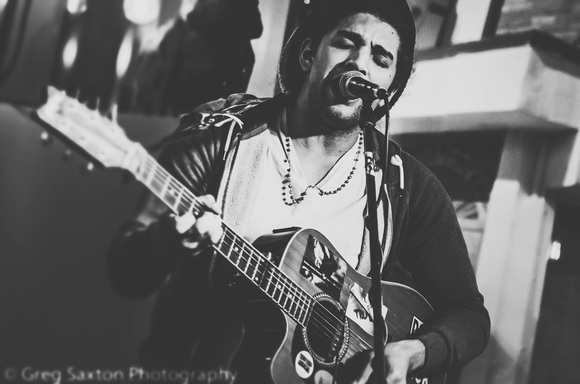 Parasol, consisting of only an afro-headed acoustic guitar player, left a band in mid 2012 and decided it was best to do nothing.

The guitars were looked at like an old photo of an ex girlfriend, who's seductive curves keep pulling you back in. However, after a night of browsing through some songs recorded from a time since past, it seemed fitting to try and re-learn them, if only for the pleasure of playing them to four uninterested walls. The walls in fact, loved everything that was played.
After learning enough songs to play a set with, Parasol, who at the time was going by the name of Afterdusk, played a couple of gigs in the upstairs of a pub that went by the name of acoustic loveliness. Love was back in the air, guitars were fondled for hours as new ideas came flooding back, then a name change came and Parasol had found new light and with it, came plans for an album, but first, a single had to be released. November 2013 saw the song 'Feel So Alone' come into the public eye. Now it's time to take over the world.