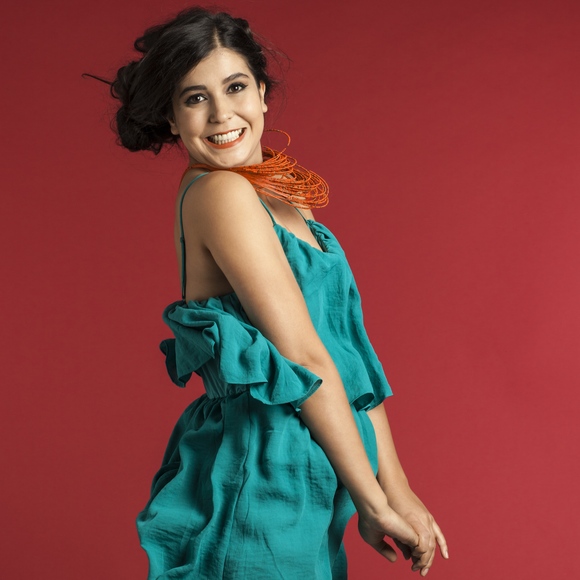 Ozlem Bulut was born in 1982 in a small village in eastern Turkey.

She grew up with traditional Anatolian music which until now has a strong impact on ther interpretation of jazz music. At the age of 15 she began studying Operatic singing in Mersin, later in Istanbul. In 2006 she received a scholarship for Vienna. During her stay in Vienna she had engagements at the Vienna State Opera, the Opera Bastille in Paris and the Vienna Volksoper, where she has been steadily engaged since then. In 2008 Ozlem Bulut founded the ensemble Ozlem Bulut Band in a very small line-up the Band immediately won several music prizes as well as the development and Audience prize at the Austrian World Music Contest 2008 - which marked the beginning of a international carrier.

The first Album Bulut appeared in 2011 and Ozlem Bulut Band released its second album Ask on 21.03.2014.
Catchy chorus lines and vital oriental rhythms are enriched by profound jazzy improvisations and Ozlems powerful and outstanding voice. One of the main goals of this project whose to reframe the conventional picture of oriental music - to bring together elements from the Orient and Occident and to show the beauty and to provide a new understanding of the Turkish language. Therefore Ozlem Bulut has been rewarded with the MIA-Award in 2013