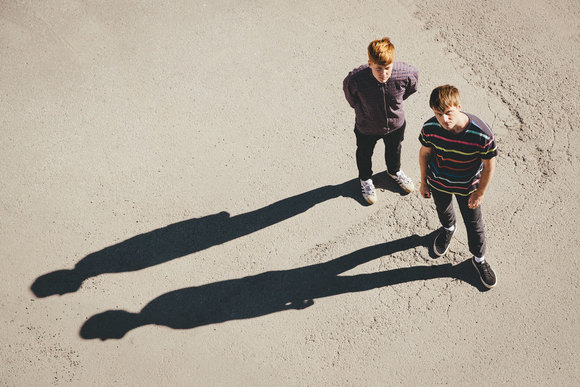 Oxen is a journey of intense foosball-games and striving towards the perfect song.

The band started out, as every great story, of boredom. Two childhood friends trying to make something extraordinary out of the ordinary. In a quirky studio on a demolition lease, located in a Stockholm suburb called Årstaberg, Erik and Stefan began writing what would become their first singles ‘Only Forever’ and ‘Luck’. After 300k+ streams on Spotify and gigs in both Sweden, UK and Germany, Oxen is finally ready to drop their debut album 'Postpone & Forget'.